Too many character profile sheets, not enough time

There are soooo many character profile sheets and advice out there that I thought I would go insane, trying to get to know my creations. In the end, I decided on this more straightforward outline.

The following is how I hashed out my MC.

Race/ethnicity/culture: Half breed race from ancient elves and humans. Her people were former explorers that lived close to dragons. Isel is a country of witches, and family is a priority one. It is also a warrior nation and vastly diverse with traders from all over the world. Exploration and knowledge are in their blood, and so her country often hires historians, scribes, and foreigners to teach the younger generation.

From: I don’t want to give too much information, so I will just say that Bel was born to a noble family in Isel, and she received all training necessary to her rank.

Currently living: At the start of The Witch’s Crystal, she is traveling and doesn’t stake claim to any one place.

Magic/weapons: Amabel is a powerful witch, and in true Isel fashion is a warrior. She carries her sword, dagger, and arm shields.

Likes/dislikes: She enjoys learning, loves debating, and jokes. She hates being told what to do and is against needless death that comes with war.


Kally is a new member of the council.

Zarek is the fourth most powerful witch in the book. He ranks after Amabel, then her father and uncle, Hasel, and Alder. Zarek is next in line to be the Head of the Council in Isel.

Attractions: Bel is attracted to men who can hold a conversation on magic and science. It turns her on.

Experience: Without giving too much away, she has had lovers in the past.

Romantic experience: Bel has been in love twice.

Skills: magic comes naturally to her.

Introvert/extrovert: Complicated. She is an introvert at heart, but she sees this as a weakness and often goes out of her way to socialize and draws attention she does not want.

Right/left-brained: Left-brained. She can read and manipulate magic, has a keen understanding of science, and is great with magical theory.

Weaknesses: She has a short temper and does not like involving others while conducting magic, which can put her in danger.

Goals/Dreams: Breaking the curse, no matter what.

Fears: losing the people she loves. She would rather alienate her close allies than see them die.

Insecurities: appearing vulnerable and weak in front of anyone
character profile writing

Popular posts from this blog

June 21, 2020
What is this...? My online craft blog. Here is where you will find how I manage to be a full time working mom while making time for my family, one-acre homestead and hobbies. You can follow me on social media, Facebook, Instagram, and maybe sometime in the future Twitter (maybe). If you are someone that ditches the SM and unplugs every once-in-a-while, sign up for my bi-weekly (ish) email newsletter. You can click on the newsletter tab and read them that way, whatever works for you. How I "blog" I'm not all that into blogging, but I want to share what I'm currently working on, plus I'm terrified of making Youtube videos. So, I wracked my brains for weeks trying to come up with a way to keep my current website while sharing my personal favorites. I came up with this. You can still see my older posts below. I haven't decided if I'm keeping them there or reusing them in future newsletters.  Privacy Policy When you sign up for the newsletter, I DO NOT share yo
Read more 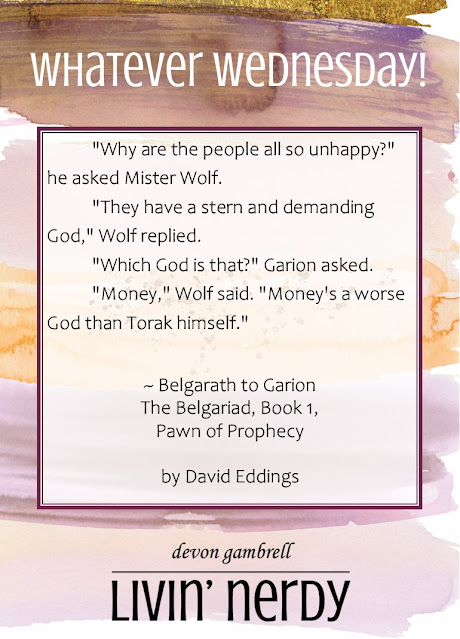 Happy Hump Day! If you're looking for a good old fashioned prophecy chosen one then you'll enjoy The Belgariad and The Mallorean . Each series follows Garion and each has 5 books. "Why are the people all so unhappy?" he asked Mister Wolf. "They have a stern and demanding God, "Wolf replied. "Which God is that?" Garion asked. "Money," Wolf said. "Money's a worse God than Torak himself." Belgarath to Garion The Belgariad, Book 1 Pawn of Prophecy by David Eddings
Read more 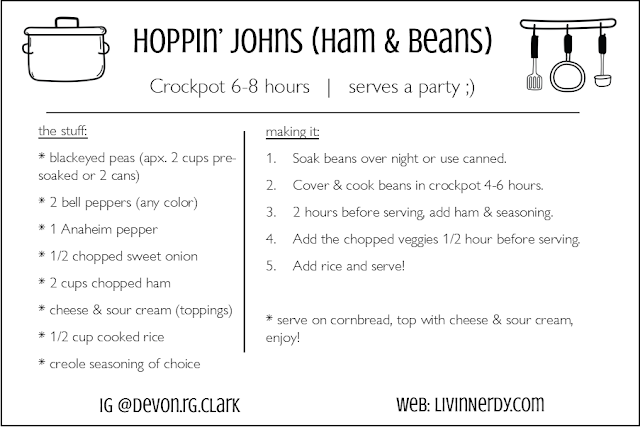 This is a family favorite and can be easily tweaked to accommodate anyone's taste. We use this recipe for nachos, burritos, with eggs at breakfast the next day, etc. We use the small crockpot for home meals and a larger one for potlucks. Try it out and let me know how you changed it for your family. Until later, #StayCrafty!
Read more